Actively practicing our faith and engaging in daily prayer are not only good habits but are also part of our Christian duties. The problem for many of us is that the trials and tribulations of life often make us lose sight of the real prize, which is the love of Jesus. If you are like millions of believers worldwide who need help refocusing spiritual priorities, technology has made it incredibly convenient to keep Christian prayer resources in your pocket, on the bookshelf, or even delivered monthly right to your front door.

In this article, we will examine the real meaning of having faith, using prayer effectively, and provide you with a list of the best Christian prayer resources that make it convenient for you to put our King back on the throne of your life.

The faith vs prayer debacle 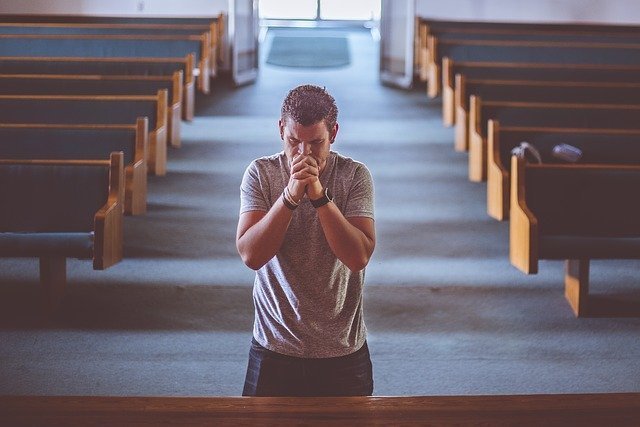 Unfortunately, through inaccurate teachings and the proliferation of non-Biblical based ideas, the concepts of faith and prayer have been skewed in the minds of millions of followers worldwide. Many of us were raised believing that having faith is a static, never-changing condition. And once a person is baptized and acknowledges that Jesus Christ is their Savior, their faith is automatically secured in a vault, never to be rechallenged.

On the other hand, many have been conditioned to believe that prayer is an independent tool that allows us to communicate our deepest desires or personal shortcomings with Jesus. Sadly, these assumptions are not entirely accurate and have led millions of believers off the roadmap that Jesus taught in the Bible. The truth is that the intensity of your faith will determine the effectiveness of your prayers. There is an inherent dependency between both concepts.

Think of it like a sport-car, in which your faith is the engine, and the wheels are the prayers. The wheels can only turn as effectively as the engine allows. The same analogy can be applied to your spiritual life. However, before we go any further, let’s look at what the Bible says about faith and prayer.

What does it mean to have faith?

Over the centuries there has been debate in the media on whether or not biblical concepts are still applicable to world we live in today. This rationale is often used by critics of the Bible when trying to argue for some progressive ideologies. Luckily for us Christians, the Bible gives us clear definitions so that we know God’s sentiments on a subject, regardless of the time period. This includes the biblical definition of faith, as highlighted in Hebrews 11:1-6:

1 Now faith is confidence in what we hope for and assurance about what we do not see. 2 This is what the ancients were commended for. 3 By faith we understand that the universe was formed at God’s command, so that what is seen was not made out of what was visible. 4 By faith Abel brought God a better offering than Cain did. By faith he was commended as righteous, when God spoke well of his offerings. And by faith Abel still speaks, even though he is dead. 5 By faith Enoch was taken from this life, so that he did not experience death: “He could not be found, because God had taken him away.” For before he was taken, he was commended as one who pleased God. 6 And without faith it is impossible to please God, because anyone who comes to him must believe that he exists and that he rewards those who earnestly seek him.

As we can see, having faith is believing in God and Jesus and moving forward with confidence that your prayers will be answered without assurance that anything will change.

What does it mean to pray?

For many of us, some of our earliest childhood memories of prayer started at the dinner table with the simple words “Jesus wept”. For many lifelong Christians, prayer is a symbolic act that was passed onto them through examples set by their family, friends, or a church. While the overwhelming majority of these intentions were meant for good, the problem is that many believers become more concerned with the symbolism of prayer rather than its intended purpose. Causing some to believe that if its not done in a specific way, Jesus will not respond.

As explained in more detail in later sections, Jesus is not concerned with religious symbolism, and quite frankly, He despises it to some degree. From a biblical standpoint, when a person prays, only a few criteria need to be met for a prayer to be considered legitimate. In Philippians 4:6, the Apostle Paul gives us a clear definition of prayer: “Do not be anxious about anything, but in every situation, by prayer and petition, with thanksgiving, present your requests to God.”

For many people, this definition of prayer would come as a complete shock, mostly because the pageantry of worship in some churches around the world has become more important than the prayers themselves. Thanks to the great Apostle Paul, we know the true meaning of prayer, which is to present our request to God with peace in our minds and thanksgiving in our hearts. Let’s dig deeper into the correlation between faith and prayer.

Correlation between faith and prayer

The reality is that bad circumstances in life can often test, weaken, and even damage our faith at times. The problem this creates is that in doing so, the effectiveness of prayer drops as well, which is why many people can go weeks, months, or even years without ever receiving intercession from Jesus on their problems.

We see many examples in the Bible that highlight the ties between faith and prayer. In Matthew 17:18-20, there is a scene in which the disciples were unable to expel a demon from a young boy.

18 Jesus rebuked the demon, and it came out of the boy, and he was healed at that moment. 19 Then the disciples came to Jesus in private and asked, “Why couldn’t we drive it out?” 20 He replied, “Because you have so little faith. Truly I tell you, if you have faith as small as a mustard seed, you can say to this mountain, ‘Move from here to there,’ and it will move. Nothing will be impossible for you.”

In this example, we see that the problem the disciples encountered wasn’t because of a lack of effort or sincerity to heal the boy, but the issue resided with their lack of faith. At some point during their exorcism attempt, we can assume that there was a presence of unbelief in the room, which caused their attempts to fail. Jesus rebuked them and attributed this to their lack of faith. Also, it’s important to note that Jesus also gives us an idea of how little their faith was at the time because He said that even “mustard seed” size faith would have been enough to complete their mission. Mustard seeds are the smallest of all seeds on the earth.

Now that we have established the unbreakable correlation between faith and prayer let’s expand on why it’s essential to maintain your faith and engage in consistent prayer.

The importance of faith and prayer Chapters nine and ten of the Book of Daniel in the Old Testament provides one of the best illustrations on the reason why sustaining faith and consistent prayer are critical if you want your request to be heard. Daniel prayed and fasted to God for over twenty-one days, waiting for a response to his questions about the fate of Isreal. The Bible says that he mourned for three weeks straight and ate no pleasurable food, wine, or used lotions until the end of the fast.

While the fast of Daniel may seem rather extreme by current social standards, the fact is that Daniel’s sustained faith and consistent prayer over an extended length of time was the catalyst behind the Lord answering his prayer. Daniel trusted the process and was mature enough to recognize that asking for big prayers required an exchange of his commitment in order to receive the answers he sought in return. 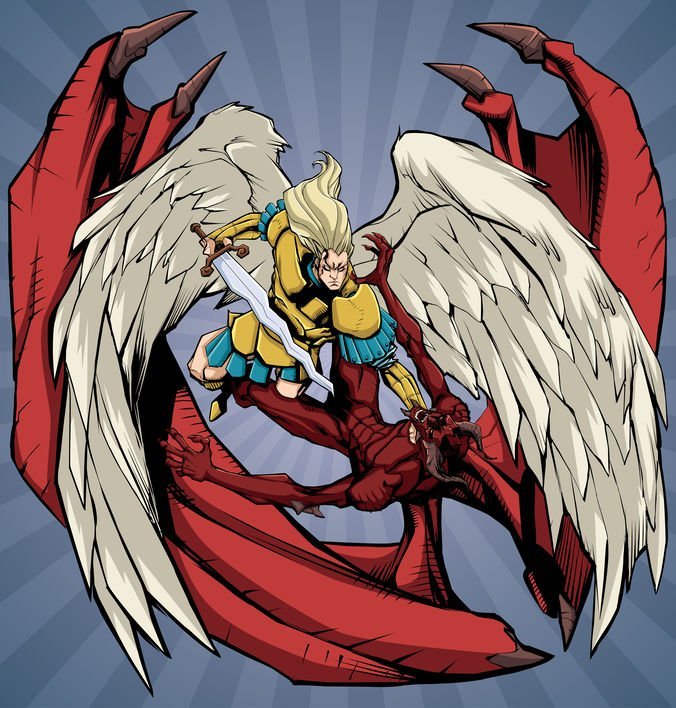 In the same book of Daniel, we also discover a rather shocking revelation about God’s hidden process for answering His servants’ request. Daniel 10:12 tells us that the answer to our prayers may be arriving a lot sooner than we think if we do not give up.

It says, “Do not be afraid, Daniel. Since the first day that you set your mind to gain understanding and to humble yourself before your God, your words were heard, and I have come in response to them. 13 But the prince of the Persian kingdom resisted me twenty-one days. Then Michael, one of the chief princes, came to help me, because I was detained there with the king of Persia. 14 Now I have come to explain to you what will happen to your people in the future, for the vision concerns a time yet to come.”

There is a lot to unpack here, but at a high-level, two very important clues are revealed about prayer and the dark opposition to our prayers. The angelic messenger tells Daniel that from the first day he began to pray, God sent the messenger to deliver the answer. However, the angel received opposition from the king of Persia for twenty-one days. The king of Persia in this context represents the kingdom of Satan and his demonic chiefs. Daniel’s prayers, much like our own, are subject to demonic opposition which will often cause our answers to be delayed.

How to pray sincere prayers 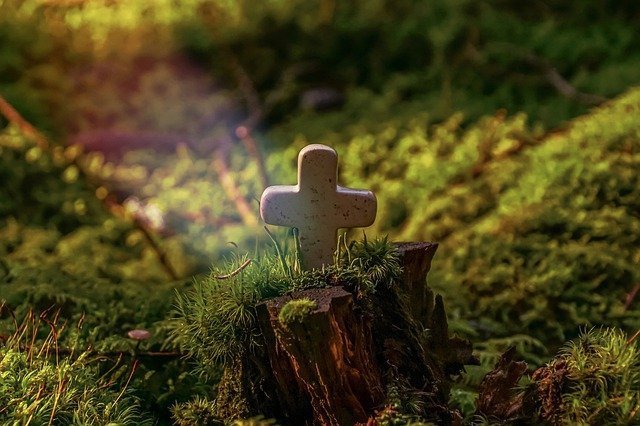 Many churches worldwide have gone to great lengths to create stunning pageantry and opulence for prayer and worship services. While decorating beautiful cathedrals and using priceless artifacts is worthy of our King Jesus, Matthew 6:5 tells us that Jesus shunned religious symbolism repeatedly in favor of humility, love, and sincerity.

“And when you pray, do not be like the hypocrites, for they love to pray standing in the synagogues and on the street corners to be seen by others. Truly I tell you, they have received their reward in full.” In other words, Jesus would rather you pray within sincerity from your heart in the corner of your bedroom alone than putting on a show in front of hundreds of people in a beautiful cathedral.

Having sincere prayers is about focusing on your relationship with Jesus, loving Him, and knowing that when you call on His name for the right reasons, the answers will come at their appropriate time. It’s also important to note for clarification sake, we are to pray to Jesus, but the answering of the prayers comes directly from God the Father.

Why we need Christian prayer resources As you can see, just in this article, we tackled quite a few topics, and this only scratches the surface on understanding the depths of our relationship with Jesus. Having good Christian prayer resources in your life is vital to understanding all aspects of the spiritual world. But please do not ever be fooled into thinking a spiritual product or service could ever replace the Bible. There is no other book, course, or guide that will ever be able to feed you pure spiritual food like the Bible. The reason is because stories of the Bible are dictated from the Holy Spirit; thus, they represent the words from the mouth of God.

However, there are some great products and services from companies that can help you keep your faith at the forefront of your mind throughout the week. Let’s look at some of the best on the market.