comes many changes. Changes are hard. I am a creature of habit in many ways. We get into a routine, and it feels good, comfortable, then someone comes along and rocks our boat and everything changes.

Such a sweet, memory provoking word. We have traditions in our family that I cherish and look forward to every year. They are things that I hope to do year after year. If something changes those traditions, I’m going to be pretty sad, maybe even mad! But this is my family…they belong to me, it’s personal. Old school church, traditional church, trendy church. Which one should we be? Are any of them wrong? Is trying to be relevant wrong? The answer is NO- none of them are wrong, assuming they are built on the word of God. There’s a reason I have more than one type of church listed- something changed that caused churches to do things differently. I want to look at some qualities of each one for a moment.

Old school, for instance… these are the people that more than likely grew up around rules, and strict ways of doing things. Very faithful to church multiple times per week. They are mature, grounded Christians. It’s so important to have these types of Christians in our churches because of their “Christ-centeredness.” They keep the other of us focused on Christ as well. The people that grew up in these types of churches are people that have been saved 40-50 years and are strong in their faith. We need the wisdom and maturity of these Christians!

We All Have Something to Offer 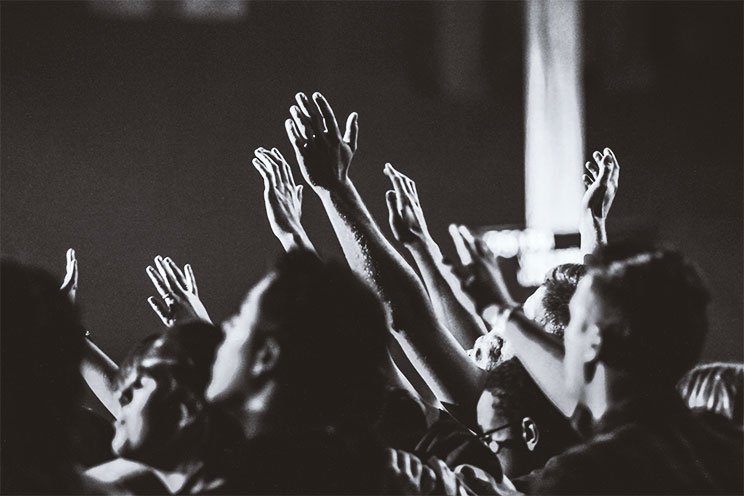 You should truly appreciate these folks, because in their time- THEY HAVE SEEN SOME CHANGES!!! The type of church they are in today likely isn’t the same as the one they grew up in. Yet there they are. Loving and serving away.

Traditional churches tend to be more relationship-oriented, meaning they have personal relationships and friendships with the majority of the church. Living in the Bible Belt, we have churches on every corner (sometimes two or three on every corner), so churches were smaller, making the community feel possible. Again, so important to have these folks in our churches, because community is extremely significant. People need to feel wanted, needed and welcomed.

Those who are used to being in a smaller church setting love to reach out to people. They have great discipleship skills, hospitality skill

However, sometimes the old school and traditional church Christians get caught up in the aforementioned  “traditions”. Being a creature of habit who doesn’t always like change, I can understand especially when it comes to things near and dear to my heart. But when we start thinking that our way is the only right way, we need to step back. Just because it’s ‘always been done’, or because “we’ve never done it that way before”, doesn’t mean that any other way is wrong.

Things change, times have changed, and just because something worked 50 years ago, doesn’t mean that it will work the same today. I mean think about it: are we still driving around in Ford Model T’s? I’d not dare try to take the ramp onto the interstate with all the slick little cars and tractor-trailers rushing past at 85 mph- they’d blow me right off the road!! That’s a silly example, but all I’m trying to say is doing things differently is not compromising.

Tweaking things to make them more relevant isn’t wrong, again provided that the changes are still lining up with biblical principles. When we begin to compare how things are being done now to how things were done “back then”, we are setting ourselves up for disappointment. Sometimes we even let ourselves become bitter because of the comparisons going on.

We must remember that everything changes, except for the word of God

. As long as the Word isn’t being changed to fit the preferences of people, then so far so good. Newer hymns and instruments may not be your preference, but it doesn’t make it wrong. We may agree that things were “so much better back then,” but the truth is times have changed. People and their priorities have changed. And if tweaking our set up- NOT the Word- can help us to reach some of this newer generation, what’s so bad about that? Maybe a change of perspective is what we need. How about a reality check too? Because even though we may convince ourselves that things were so much better back then, there were still things being done that were sinful. Lifestyles being lived, but instead of being encouraged and praised like they are today, they were kept secret and hidden. Things have been bad ever since Eve ate that fruit. Truth. But because our generations change, cultures change, our approach must change if we hope to keep reaching them with the gospel.

If a more modern look that feels less “churchy” will bring the crowd in that felt judged by the wrong “old school” crowd, then why is that wrong? Or if newer, more modern music appeals to the younger generation and keeps them there to hear the word of God spoken, how can that be a bad thing? If we only did things the way that they have always been done, then the people that only that appeals to will eventually die out. Then who will take the mantle and carry the church forward?

It’s ok to make changes to keep moving forward. It’s not about numbers, and it’s not about being popular. The goal is to keep reaching souls for Christ.  We need to keep them around so that they can be mentored and discipled. And guess what? The ones that are mentoring this newer generation- had they not been mentored and taught by the generation before them (traditionalists), and had those people not been mentored by the generation before them (old schoolers)…then who would be mentoring today?

The truth is, we need all of these “types” in our churches. As believers whose foundations are on the Solid Rock, we all have something to offer.

Ephesians 4:2-3 “ With all lowliness and meekness, with longsuffering, forbearing one another in love; Endeavoring to keep the unity of the Spirit in the bond of peace. There is one body, and one Spirit, even as ye are called in one hope of your calling; One Lord, one faith, one baptism, One God and Father of all, who is above all, and through all, and in you all.

We each offer something important that is necessary for keeping the church alive and thriving.  The “trendy” church that may have such a bad rep in the traditional church’s eyes will one day – 20 or 30 years from now- be considered the old school that once had a hard time adapting to all the changes. And so the cycle continues. The Bible says that there is nothing new under the sun (Ecc. 1:9), that what was, will be again.

So, when our traditions are being messed with and changed as a church, we have to remember that unlike our families, the church does not belong to us. It is Gods. It’s our job to take care of it, and use our gifts and talents for the Lord. When change comes, we should humbly bow before our holy God and ask that He continues to work in us and through us. We should pray that He give us wisdom and courage to accept change when the purpose is to further the Gospel.

When change comes, we should also remember, that no one gets forgotten, or left behind. Changes simply help to include ones that feel like outsiders. The ones that feel like they could never belong in a church, to feel like part of the family. If you never get them in, how are they ever going to learn?

If you are struggling with change, pray that the Lord helps you, just as I have done many times.  I’m sure I’ll have to many times more. I never want to be one that gets angry and bitter over change. Because then, I’ll have lost sight of the goal. It’s not about me. 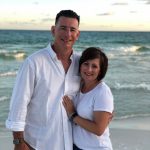 My name is Lynn, and I’ve been married to my husband Matthew for 26 years. We live in SC along with our 4 children, and 2 grandchildren. Matthew and I are both in fulltime ministry. Matthew has been lead pastor at our church for almost 11 years.
My passion is seeing others overcome difficult pasts with a desire to grow in the Lord and serve Him without feeling unqualified or less than.