Once known to all in her circle as the “Christian woman I want to be”, Carly struggled because as a new stay-at-home Mom, she felt unwanted and even unappreciated these days. As she folded another load of laundry, she remembered being the friend that everyone turned to for support and prayer during trials in their lives. Now, doing countless loads of laundry for what was just a family of four, Carly became frustrated even more. Carly quit receiving invites from her friends for coffee or lunch because they all seemed to be at different places in their lives and none of them were stay-at-home Moms. They simply grew apart.

Every day when her husband would arrive home in his business suit, bitterness began to take root in Carly’s heart because he would share about in-depth conversations he would have with co-workers while Carly seemed to look forward to another day without her baby girl spitting up all over her. Each day when her husband, Matt, arrived home, Carly became even more determined to get back into the workforce. With each passing day, Carly became angrier and simply jealous of this man, her husband, who made this stay-at-home mommy recommendation to her in the first place. Carly missed being in the workplace, but seemed to forget the enormous days of stress. Carly seemed to also forget how she would cry on Matt’s shoulder and how nine months earlier she begged Matt to let her stay at home with their small children because these were supposed to be life-shaping years for their children. The evening came when she broke the news to Matt and bluntly announced, “I have had enough of being a stay-home Mom. It may be great for another Mom, but not for me. I want to be the leader I used to be as a bible study teacher and I want everyone calling me again for advice and prayer. I want to know what is going on with other people who I used to call friends. These kids don’t appreciate me and you surely do not appreciate me.”

Realizing Matt sat on the other side of the sofa without saying a word, Carly asked, “Did you hear what I said?”
Matt replied, “Yes, give me a moment, I am trying to break down all the “I want’s” in those frustrating words of yours.”
Carly stormed out of the room frustrated at Matt.

A little while later, Carly returned and sat back down and continued with, “Matt, I feel like I am going to snap, that is all. I like being a Mom, but I need a break. I guess I don’t like being a full time Mom. I know it sounds terrible, but I am just being honest with you.”

Tears welled up in Matt’s eyes as he asked, “Do you mind if we pray about this before we make any major decisions?”

Carly replied, “That is fine, but my mind is made up. I am going back to work.”

Carly then stood up and said, “I am going to bed early tonight. You can take care of the girls tonight.”

Exhausted from another grueling day of Mommy duty, Carly made her way to her bedroom and within minutes, she fell asleep.
In the other room, Matt began to cry out to God for help.

Carly fell into this dream.

A man knocked at Carly’s front door and Carly answered the door. She noticed a stranger standing on the other side of the door, but she wasn’t afraid. He asked if he could come in and when he stepped inside, he said, “I am here to get your little girls you no longer want.” Carly became angry (probably because she went to bed full of anger) and replied, “No, you cannot take my children away. I am their mother and they need me.” The stranger continued with, “But I was told you no longer want these children so I need to take them away.” The stranger scooped up her daughters and asked as he began to walk toward the front door, “Why did you stop praying and why are you so angry with Jesus?” As the stranger began to walk closer to the front door, he handed the baby girls back to Carly and said, “I want to show you what your problem is so follow me.” With Carly gripping her two daughters as tight as she could, she followed the stranger into her kitchen and watched him point toward the kitchen window. Carly was confused as the stranger asked, “Why is there so much dust on your Bible? When was the last time you opened it?”

Carly began to cry as she watched the stranger scoop up a handful of dust on the Bible she once opened every day, but no longer took the time to because laundry seemed more important. The stranger picked up the Bible and held it out for Carly to take and said, “Give your daughters to Jesus and he will hold them for you. You need to open his Word so you can hear him speak to you.” Then the stranger disappeared.

The following morning, Carly awoke and rushed into the kitchen and saw her Bible sitting on the kitchen table. Surprised to see her Bible on the table and not near the window, she noticed there was not one speck of dust found on the Bible even though she had not opened it in months. She felt a whisper from the Holy Spirit say, “I wiped away the dust, just like I wipe away your sins. Now open your Bible and see how much I have been wanting to say to you.”

After reading from her Bible, Carly thanked Jesus because she was given a great privilege of being a stay-home Mommy and she was eager to wake up her two daughters because she wanted to start a new day, a grateful stay-at-home day. 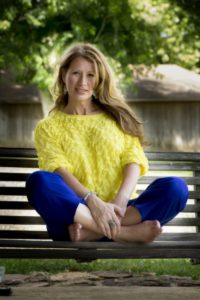 Discover 66 Ways God Loves You {Giveaway}
Is It Worth The Cost?