One of my favorite songs is I Bounce Back Every Time the Devil Knocks Me Down.  Oh what a powerful phrase!  But how many times have you been knocked down and felt like you would never get back up?

Some time ago, the Lord gave me the awesome task of writing about being broken.  I would love to say I was eager to dive into this assignment but the truth is I put it off for several months; as a matter of fact, I didn’t just put it off – I totally disregarded it and had pretty much made up my mind not to do it.  I would rather have been disobedient and suffered the consequences than have to deal with areas of my life that I had closed the door to and had no desire to revisit, but the Lord said, “NOT SO”.

As I embarked upon my assignment I immediately ran to the dictionary to define the word, broken. Webster actually has quite a few synonyms for the word; some of which include: violated, ruined, interrupted, and not in working order. When I originally saw “not in working order,” I thought hmmm— I like that, “NOT IN WORKING ORDER.” Then I began to question whether that was the proper way to refer to someone who’s experienced traumatic events  in her life.  And just as I was about to give up on using it as my basis for defining being broken, the Lord brought to my attention a time when the faucet in my kitchen sink was broken.  When the problem first began it was just a really slow, but annoying drip……..  drip…….. drip then it turned into drip, drip, drip and after that the water began to slooowly run and I had to work really hard to turn it on or off, until finally the faucet just completely stopped working.

Some of you may be questioning what a broken kitchen faucet has do with the  an individual being broken.   Allow me to paint a picture. If you’ve ever experienced anything traumatic in your life, you know what it’s like to be broken and confused; and you know it’s not always easy to stand firm on your faith in Christ.  In many cases your flesh begins to ask every why question imaginable and the last thing you want to hear is “God has a purpose and a plan” or in my case “All things work together for the good…”  You want answers and you want them yesterday and when you don’t get them, or if you’re not satisfied with the answers, you begin to slowly pull away from God, instead of drawing closer to Him. Here’s the completed picture.  That really slow drip is you easing away from God, the somewhat faster drip is you walking a little faster to get away from Him and little by little you begin to slowly run further and further away until eventually you’ve completely stopped running to Him and your family and friends have to work really hard to get you to acknowledge His existence.  Let’s face it – if you’re not running to God when tragedy strikes, you are definitely NOT IN WORKING ORDER.  I can say that because I’ve been there.  I was saved at the age of fifteen and had a faith in Christ that could not be shaken — or so I thought.  But approximately seventeen years later I found myself engaging in activities I never thought possible all because I allowed my circumstances to break me and separate me from the God I serve. Suddenly I was drinking alcoholic beverages day in and day out.  I was taking pills to go to sleep at night and more pills to stay awake during the day. Most of the time, I wasn’t aware of my existence in this world.  I was no longer complete—I was not in working order.

Romans 3:23 reads “All have sinned and fall short of the glory of God.”  I am no exception to the all Paul refers to here.  Although this verse in written in past tense; it is a well known fact that we [Christians] continue to sin.  There have been many times in my life when I have allowed life’s circumstances to separate me from God.  However, it was during those circumstances I realized my life does not work without Him.  He completes me.  Without Him my life has no meaning.  There have been times when I’ve been burdened down by life to the point where I had no desire to pray.  During many of those instances I would crawl into my bed, curl up in fetal position, pull the covers over my head and with tears rolling down my face, I would pray, “Lord I need you to rock me to sleep tonight, but please don’t wake me in the morning.”  As selfish as that request was, the God I serve, in all of His awesomeness, wrapped His arms around me, rocked me in His bosom and in a still small voice whispered, “You can do this.”  During these burdensome times I never recall falling asleep, but I remember slowly opening my eyes daylight peeping through the draperies and thinking to myself  I can make it through another day.  That’s the kind of God I serve.

The kind of God I serve is not a pass or fail God.  He knows I will fall, I will make bad choices and yes, I may even fail.  But as wonderful as He is, even when I fail, even when I make bad choices and even when I fall, He picks me up, nurses my wounds, rocks me in the cradle of His arms and in a still small voice whispers, “You can do this my child.”  That’s the kind of God I serve.  No one can tell you how good my God has been to me better than I can.  I don’t know another God that will rock me late in the midnight hour; I don’t know another God that will forgive me every time I fall; I don’t know another God that knows what I need before I even ask.   There’s none like Him and wouldn’t serve any other god other than the God I serve.  So I say to you today, whatever you’re going through, know that God is still on the throne and He knows what you have need of before you even ask. 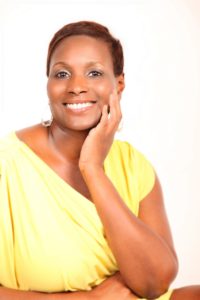 Shirley is a self-proclaimed “microwave girl” who is using her newly transformed microwave mindset to make over the lives of individuals everywhere! In a world of instant gratification, instant food, instant messaging, instant EVERYTHING, Shirley speaks from her life experiences to empower youth and adults with the tools needed to change a microwave – I want it now mindset into one of patience and endurance.

She is the founder and executive director of Butterflies for Jesus Youth Ministry and a powerful voice that the Lord has raised up to touch and dramatically change the lives of all those she encounters. Her message is as passionate as her testimony is transparent. Having overcome so many of the struggles and assaults that plague society today, she teaches out of her own personal experience and wisdom. The negative microwave mindset that she once so fearlessly embraced, is now, by the power of God being converted to one of irrefutable trust in God’s timing.

Shirley has been anointed with a unique ability to tackle issues ranging from the acceptable to the seemingly taboo.  She will challenge you to come to a firm understanding of what you believe, why you believe it and how those beliefs line up with the TRUTH of God’s Word.

She has a broad range of experience that includes providing life skills training to youth, youth leadership, guest speaker at women’s conferences and guest panelist for open discussion on a number of programs. It is her sincere desire to see children of Christ walking ON PURPOSE into their God given destinies!

Beauty In the Eye of the Beholder
To My Single Sisters