Looking at the Holy Bible, there are many reasons to believe that Jesus Christ was a feminist and that is it is, therefore, possible to be a Christian feminist.

Is it possible to have faith as well as consider yourself a feminist?

Yes, ladies, in my opinion, it is most definitely possible as I truly believe that Jesus Christ was one of the first feminists around.

There are many areas of life for which I have no idiom as to how to approach from a Christian perspective. My knowledge of the Bible is far from great and I fall more often than I walk in my journey with Christ; but I thank God that each time that I have fallen, He has produced gusts of wind that have helped me to fall on my knees. I am indeed as stubborn as gravity. I find myself wrapped up in worrying about what others think of me and how my faith might make another person uncomfortable if I choose to speak loudly about it. But it is in moments such as these where Jesus’ name is enough to make my heart burn and tell every soul that I meet about the FANTASTIC news.

I came across a wonderful TED Talk by an inspiring woman named Tara Teng, who made some brilliant points; many of which I will touch on. Have a listen here to her talk.

I highly recommend it and give much credit to Miss Teng for her ideas.

So here it goes.

What does feminism mean?

According to the dictionary, “feminism” is “the advocacy for women’s rights on the ground of the equality of the sexes”. Such a definition places women in a position of vulnerability. In turn, creating a need for their value to be equaled to that of men. Looking at the Holy Bible, it is Jesus who was the ultimate advocate of equality for the vulnerable- the widow, orphan, poor, sick and lowly.  He healed the blind and unwell and lived a life of justice. Amongst His followers were prostitutes and lepers; He never discriminated against a single person making Him an incredible example of love and equality.

So too did the Lord Jesus empower women in many respects.  Born to an uneducated, young mother of an oppressed race, Jesus’ mother was extremely vulnerable. Yet a she was a very important part of His life and upbringing. He spoke to and educated women in an equal manner to that used towards men. And He placed women in positions of leadership, which was frowned upon at the time, and still is today to a certain extent. He revealed Himself on the cross to WOMEN and told them to spread the good news of His resurrection.

Teng makes reference to the very beginning of the Bible, Genesis. In which Eve is referred to as “Ezer kenegdo”, a phrase translated as “helper”. However, this phrase does not mean “a subordinate helper” and is hugely powerful in its own right. “Ezer kenegdo” is used thrice when describing a military ally and sixteen times in reference to God. The phrase brings with it a powerful meaning that suggests a woman is made to be an ally of man; strong and brave as a military ally would be. It is therefore fitting, according to God’s Word, that a woman be treated as a strong and brave ally of man. That is simply glorious and liberating beyond measure!

We will live much happier lives when we no longer see our differences.  But love, just as Jesus loved, for the Lord has commanded us. We are Christian feminists because our Saviour was one Himself and we believe in the equality of all: both men and women, just as Jesus did.

Everyone was welcome. Every single person had a place with Jesus.

[Tweet “Is it possible to have faith as well as consider yourself a feminist? – @erin_sarahk”]

Would you consider Jesus a feminist? Why or Why not? Let us know in the comments 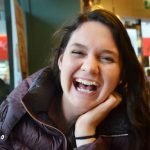 Erin is a Zimbabwean dreamer and Journalism student studying in Dublin, Ireland. She loves to write, dance, sing and explore God’s beautiful wilderness. She usually finds herself lost on adventures and is still deciding what her dreams are, but for now; she hopes to keep smiling, waving and riding in tandem with Jesus for He knows exactly where she is going.