“Now the tax collectors and sinners were all drawing near to hear him. And the Pharisees and the scribes grumbled, saying, ‘This man receives sinners and eats with them.’ ” – Luke 15:1-2 Most of us know the Parable of the Prodigal Son.

It’s about a younger son who demands his inheritance from his father (rude) and runs off, completely wasting all of it on partying. He ends up hungry and degraded and doing manual labor, feeding pigs. Finally, he decides to return home and ask his father if he can be a servant. The father runs outside when he sees his son coming and forgives him, giving him a welcome home party. If you wanna read the whole story, you can find it in Luke 15:11-32.

It’s a wonderful story of redemption and forgiveness.

I want to be the younger son. He’s dumb and makes bad decisions, but he realizes his mistakes, and comes home to be forgiven, welcomed back.

I’m definitely not the younger son, though. Yeah, I make mistakes and bad decisions, but…

I’m the older son in this story. See, while the younger son is out messing up his life, the older son is back at home, doing the “right” thing. He’s responsible. He’s trustworthy. He’s not having any fun. And then his little brother comes home, destitute and desperate. And Dad throws a party for him! So the older son does what I would totally do. He gets peeved. Maybe a little more than peeved.

I am the older son.

I have a sister who has done just about everything the “wrong” way- had a baby out of wedlock with a guy who was in jail at the time, smokes and drinks, never holds down a job, leaves her son with her friends for entire weekends while she goes to clubs and binge drinks. Of course, some of that’s going to change now that she found out that she’s pregnant again. I’m not sure how she plans to pay bills…. Somehow, she seems to do whatever she wants, making terrible decisions and yet she has been blessed with children.

Deep inside my heart, I would like to stomp my feet and shout, “Not fair!” Just like the older son does in this parable.

Typically, we fall into one of two camps. Either we feel that we’re not good enough for grace or that grace isn’t good enough for us. I’m in the second group more often than I’d like to admit.

Like the Pharisees in Luke 15, I look at Jesus’s grace and say, “What? He’s eating with sinners!” They wanted Jesus to be one of them- someone who upheld rules and self-righteousness and laws. A responsible, trustworthy guy… he should be in my group, he should be my friend, but there he is- hanging out with those sinners instead!

How do I view God? Do I view him as Santa- I make a list of the things I’d like and if I’m good, I get those things? Do I see Him as a GPS- there to give direction, but sometimes I know a better route, so I turn Him off? What is my relationship with my heavenly Father?

See, the older son was just as far from his father as the younger son was.

There are two ways to be lost:

Trusting in our own righteousness

[Tweet “There are 2 ways to be lost: running from God or trusting in our righteousness”]

The older son is doing all the right things, but his heart is in the wrong place. He isn’t following the rules out of love, but for an ulterior motive. He’s doing good enough, but doesn’t have a true relationship with his father. The older son doesn’t know how to respond to the grace and forgiveness that his father is showing the younger son.

Is that how I’m living? Am I apart from grace and forgiveness- not because God hasn’t given it, but because I feel that I’m too good to accept it?

(Let that sink in a minute. Does it hit you between the collar bones? It does for me.)

No one is too far gone for God’s grace and no one is without need of God’s grace.

This parable is most often called the Parable of the Prodigal Son. “Prodigal” means wastefully extravagant- and that certainly describes the younger son in this story. But really, we could also use the word “prodigal” to describe the father in the story- he is extravagant in his forgiveness of his son, sparing no expense to celebrate his return.

And oh, we have such a prodigal God- He is so extravagant in His grace for us! 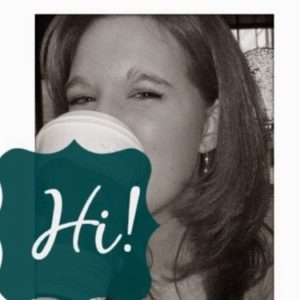 I’m Adrie, a very imperfect follower of Jesus, lover of Zeke, maker and ruiner of recipes, keeper of our home, and stealer of the covers. Periwinkle is my favorite color, I’m afraid of ladders, addicted to coffee, and so very glad to meet you!  You can follow her at  A Little Wife’s Happy Life