I just wanted to share my testimony to encourage one single girl; from another single girl! 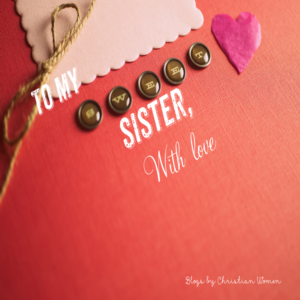 I was dating a guy that I met on the internet. I trusted him because I met him on Christian Mingle and because he said was a Christian.  His dad is a pastor of a small Baptist church and his bother works in missions. I saw the church website which included information about his family; I even phoned the church and talked to his brother. Over the last 1 1/2 years we talked/texted daily for hours. I loved him. I traveled a lot at the time so we couldn’t meet, but were planning to get together in August. We talked about marriage. I thought he was the one. Unfortunately, he was lying to me the whole time.

In June I found out that he had girlfriend. Someone he met at a very well known Christian University  they both attended. They had been going out for years. I was crushed and felt horrible about myself. Really, I’m not a dumb of person…well maybe I am…

How could I let myself be fooled?
Why was I so gullible?
I’m not that “type of person”…I have friends, I even had other guys occasional show some interest.
Was everything he said about the feelings he had for me a lie…?

But, in reality all the signs were there. God had told me to stop talking to him within the first few months of contact (almost in a clear and audible voice). Looking back on the last year and a half, God had showed me so many warning signs…for some reason shows about online dating fraud were always on TV, as well as my YouTube home page. I read stories about people being killed through sites like gumtree and craigslist in magazines I picked up. God was clearly telling me, “No.” But instead of listening, I traded in my relationship with God for the attention from this guy. I stopped doing my daily bible studies, when I did remembered to do them, all I asked for , all I prayed for was him and our relationship to work out, all the while knowing God was saying, “No.”

To make things worse, this relationship was taking up a lot of my time. I wasn’t progressing with my career the way my parents hoped; but, I didn’t care (hormones).  I’d rather spend time talking to him then applying for new jobs or graduate school. My relationship with my parents suffered immensely, they knew I could do a lot better with my life and didn’t understand why I wasn’t putting in the time and effort. They supported and encouraged me to do more, but I just wasn’t motivated.

I felt soooo depressed when things ended. I laid in bed for 2 days, just feeling feeling gross. I felt sooo stupid (because my career wasn’t going anywhere and I didn’t have good prospects for further studies) and I felt ugly (because only an ugly and dumb girl could fall for such a lie and under such circumstances).

A few weeks later I came to a cross roads – either I was going to be bitter at God for all the things going wrong in my life and give up on Christianity or I was going to remain a Christian despite my present circumstances and work through the consequences of my sin. I needed a sign. If God really does exist, He would have to show me that He is guiding my life and really does care for me. I wanted something BIG and OBVIOUS. So, I asked God to show me that He is real and I asked Him for a miracle…honestly, I was hoping for a new, well-paying job.

A few evenings later I went on Facebook and ended looking up this guys’ profile…I saw a new option and discovered a set of photos of this guy that I had never seen. As it turns out, he really isn’t the person I made him to be in my mind. He looked like a jerk. The complete opposite of the type of person that I’m in to….He didn’t look polite or kind or friendly. He looked mean. He made crude jokes and dressed up as Hitler for fun! Even worse, I think he showed his friends some of our conversations and referenced them in flippant way on one of his Facebook posts. He never cared about me, despite what he said.

I’m so thankful that God helped me to stop obsessing over what went wrong, why things didn’t work out and how great it would have been if they did by revealing this guys true personality to me. I feel like a HUGE weight has been lifted off of my shoulders. This qualified as that BIG sign. A new job would have been great, but now I have some of my confidence and all of my faith back. The bitterness against God, which was weighing my spirit down, is no longer there. God does love me, and He is watching out for me. He wants me to associate with the right people and spend time on things that will make me a better person. Honestly, this sign is better than a awesome new job. Now I can start moving on with my life, genuinely smile again and most important build my relationship up with God again.

I’m so thankful that God spoke to me and pursued me even when I was being soooo stubborn.

I don’t understand why that guy said all those things and what about my personality made me fall so hard; but I do know that God loves me.

This is my praise report!

Today’s testimony was submitted anonymously by a reader. Do you know of other singles who would be encouraged by this testimony? If so, please share it. Have a testimony you would like to share? Write us.