Being saved, finding our identity in Christ- it changes everything about us. Including how we deal with conflict.

Conflict is rather inevitable, after all.

We are humans, and humans deal with conflict, even the most pious of Christians.

Conflict is a tricky thing, mostly because it can come in several forms.

The first, and most obvious source of conflict I see in my own life is conflict that arises when I am wronged. It happens, you know? Whether it is accidental or intentional, people are people, and they’re going to sin against us.

And then conflict also comes up when I think I’m being wronged.

I know that one of my particular struggles is that I don’t always assume the best about people.

My husband says something that hurts my feelings? Well! He’s obviously insensitive and rude towards me- it couldn’t possibly be because he didn’t know my feelings would be hurt, or because he’s had a difficult day.

My friend doesn’t call me back? She’s not very considerate! Unless she’s stuck in traffic or had to work late.

So many of those perceived wrongs simply come about because of miscommunication or differing expectations.

“What causes quarrels and fights among you? Is it not this, that your passions are at war within you? You desire and do not have, so you murder. You covet and cannot obtain, so you argue.”- James 4:1-2

Maybe (hopefully!) we don’t get so far as to murder anyone, but when I envy someone else, when there is jealousy in my heart, conflicts come up.

The other person isn’t the issue, in these cases. My heart is the issue.

Conflicts reveal quite a bit about me. They reveal my own sin, my own selfishness and self-centered-ness.

Conflict doesn’t cause these things, it just reveals them.

If you jump into a muddy puddle, you’ll get muddy. What splashes out is exactly what was there all along. So think. What’s splashing out in your life? When a conflict comes up, how do you deal with it? Do you get muddy?

As Christians, we need to honor God in all things, including (and maybe especially!) our conflicts. 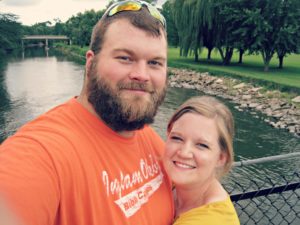 Ally Vermeer spends her time wearing tie-dye, answering phones, listening to summer camp songs, and watching turkeys outside her office window. She writes about life at a Bible Camp, counts her blessings, and shares her thoughts about finding peace and wholeness at A Home Called Shalom.

What Now! When the Writing Wanes
My Purpose, My Joy