It is human nature to save, to store up, to set aside. This is especially true when that which we are saving is of small quantity and when we do not know when we will have another opportunity to replenish our stock.

I am a college student. Well, now I am a graduate student, but the same basic principles still apply, right? The narrative of the “starving student” still rings true in my life. Locating free food on campus is one of my strengths. Sharing food, though, is a huge weakness, especially when I purchased the meal or groceries with my own money. It’s not very Jesus-y, but at least I admit it.

When I use my parents’ money, though, it’s a whole different story. Sometimes when I go home, my mother sends me to go grocery shopping for the house with her debit card. At that point, I begin to feel super generous! Name-brand cereals? Yes, only the best for my family! Donate money to the children’s fund? Sure, why not, do it for the kids!

The Threat of Loss

I work in the juvenile justice system. You know what I have noticed about kids who have come from the streets or from foodless households? They tend to all be hoarders, somewhat, when it comes to food. At meal times, I catch them slipping their bags of chips into their clothes or portioning out their food as if to leave some for another day. While the other children eat freely, these ones are very cautious and meticulous about how they handle their food. Often, if other kids threaten to steal their food, it quickly erupts into a boisterous altercation. All over a bag of chips, or a cup of Jell-O.

Do you remember the Israelites in the wilderness? As a recap, God had used Moses to rescue this group of people called the Israelites from their harsh life of slavery under the Egyptians. The group eventually fled to uninhabited land, where they were unable to find any food and were, to put it in the language of today’s youth, “hangry”. So, God said that He would make bread rain down from the sky for them (Exodus 16). The only rule was that the people were not allowed to try to store any of it overnight; He promised that He would provide more for them the next day. What did the people do? What was the first sentence of this post? Exactly. They tried to store it up and it blew up in their faces (or, should I say, in their noses).

I promise I’m going somewhere with all this.

It’s not just food. I’m like this with money; I hate spending it. Even though I have a secure job and I can expect a paycheck again in a couple weeks, I fixate on the “what if”. I don’t have a lot of money. Then, God asks me to give it (Proverbs 3:9).

I’m an introvert. My friends and family tend to disagree with me when I claim that, but I believe it’s true. Prolonged social interaction is draining for me. I spend a lot of time-saving my mental and emotional energy for fear of burnout. I lack social stamina. Then, God asks me to spend time with people (Hebrews 10:25).

I have just moved to a new state. I am literally 1,000 miles away from my hometown and I don’t know anyone here. I feel like David when he was in the Desert of Judah, calling the place a dry and weary land. I am getting thirsty and tired and discouraged. Then, God asks me to lead others to water, rest and encouragement (1 Thessalonians 5:11). Elisha and the Widow

In 2 Kings 4, there was a woman whose resources were running out. This woman’s husband had died, so now she had to worry about making ends meet on her own. In order to pay off debts, creditors threatened to come and take her sons as their slaves. She was quickly running out of options, out of resources, and out of hope, so much so that she began to disregard what little she did have. When a man of God named Elisha asked how he could help and what she had left, she first answered that she had nothing. Then, as an afterthought, she added, “except a little oil”.

tells the woman and her sons to gather as many bottles as they could find and to distribute the oil in all of them until there were none left to fill. By the power of God, the oil from the original bottle did not stop flowing until all of the subsequent bottles were filled. With the money from selling these bottles of oil, the woman would be able to pay off all her debts AND sustainably support herself and her sons on the leftovers.

Isn’t God great?! What is “leftovers” to God is a lifetime supply for us. If He just gave me the scraps from His table, I would be more than satisfied. What’s more, though, is that God lavishes us with more than just leftovers of His love. He gives us a fresh batch of mercy every day (Lamentations 3:22-23).

It is in this way that we can give what we do not seem to have.

This story illustrates one of the ways in which God works: In order to become filled, we must pour out. It’s a symbiotic relationship of blessing. When I hoard that last drop of oil for myself, I end up saving only one drop of oil. I save only my poverty. When I pour it out for God’s glory, and in obedience to Him, I gain a whole lifetime supply! I become rich.

The God Difference: What’s His is Mine

Do you know why it’s so easy for me to spend my parents’ money in contrast to my own? With my own money, I am starkly aware of its limitations. I know when it’s running out. I know how many hours of work I will need to regain the lost amount. On the contrary, to me, my parents’ money doesn’t run out. I know they aren’t, but to me, they are rich. I know they make more money than I do, and I don’t have direct access to their account summaries, so I don’t feel hampered by limitations. With their card, I am more inclined to spend, share, and give freely, because it doesn’t do anything to deplete my own wealth. Dear parents, if you are reading this, don’t worry, I won’t max out your credit cards. Don’t worry, I appreciate that you both work very hard for what we have. Thank you!

Notice I said, “we”. When it comes to my paycheck, I see it as mine. Regarding their income, however, it becomes “ours”.

It’s a comical example, but that second part is actually how it works with Jesus. When He came to die for me, He allowed me to become an heir to His Kingdom, to share in His inheritance. Jesus did all the work, but He shares with me all the gain. Every good thing that comes my way- the food, the job, the money, the friends, the emotional energy, the social stamina- comes from Him (James 1:17). The Bible says that He gives me everything I need according to His riches in Heaven (Philippians 4:19). This means that as long as God has the funds to do so (which will be forever), He will continue to bless me.

This puts my giving and my pouring out in a new perspective. I’m not living by my account, but by His. Every transaction is no longer charged to my card, but to His. Jesus’ payment was enough to pay all my debts AND to cover all my future expenses.

We don’t need to fight for Jell-O when we have Jesus.

Hope in the Father

God says to the starving child, “you don’t need to hide food any longer, because I will keep you fed.” He says to me, “you don’t need to withhold your encouragement and social energy, because I will keep you fueled.” He tells me that I do not need to harbor fear of “running out”, that I do not need to maintain defenses against “drying up” because He is the well that never runs dry. As long as I remain planted in Him, and keep working according to His will, I can live freely without fear of fatal depletion.

What if we all lived with that in mind? I dare you to try it. Go out and share as if the resources you are using are not yours, but your Father’s. Go out and pour out. 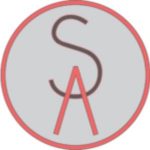 Encouraging Family Scriptures
Cherishing the Women in Our Lives