12 “As surely as the Lord your God lives,” she replied, “I don’t have any bread—only a handful of flour in a jar and a little olive oil in a jug. I am gathering a few sticks to take home and make a meal for myself and my son, that we may eat it—and die.”13 Elijah said to her, “Don’t be afraid. Go home and do as you have said. But first make a small loaf of bread for me from what you have and bring it to me, and then make something for yourself and your son.” 1Kings 17:12-13

There was not to be any rain in the land for the next few years. God instructed Elijah to go to the ravine of Kerith east of the Jordan. God told him that there he would drink of the brook. God also told him that He had instructed the ravens to feed him there. God has told me some things before that just didn’t make sense. He has not though, ever told me that we would be fed by the birds. Elijah doesn’t bat an eye. He goes to the ravine and waits to be provided for. He had faith. What would I do? What would you do?

I read recently of a man in charge of an orphanage years ago. They were out of food. The man instructed the servants to get the children up and dressed for their classes. They brought them down to the breakfast table and sat them down. The man prayed. He thanked God for the food that He was going to provide. Then he waited. In a few minutes, a baker showed up and said he was awakened in the middle of the night and was prompted to bake bread for them. He brought in many loaves. A few minutes later the milkman came to the door. He explained that the truck had broken down and he needed to get rid of 6 bottles of milk before they went bad. The children were full and provided for. Notice he thanked God for what was coming. He had faith. I think if this were a modern day story, many of us would throw out the American Express and take care of the problem. That however, is not trusting God to provide. 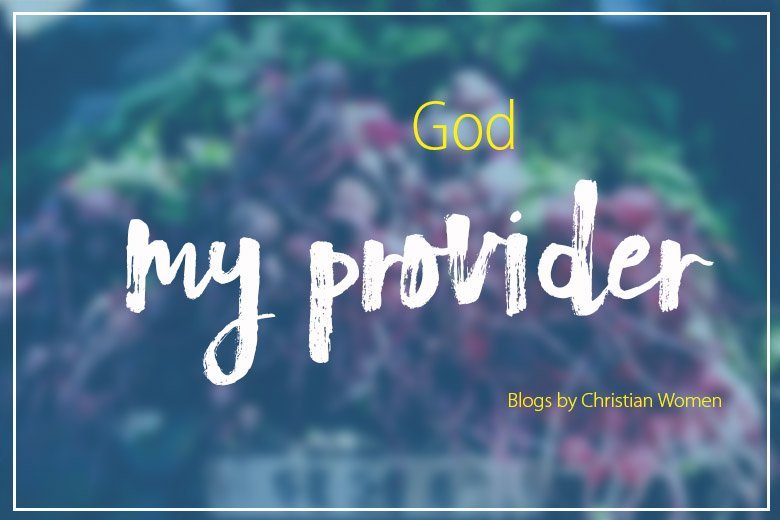 After the brook dries up, God sends Elijah to Zarephath to a widow. God said she would provide for him. The widow had nothing to spare. She was preparing the last meal for her and her son, and she presumed they would die soon after. Elijah asked her for water and bread. Her response is, “As surely as your God lives…” She was aware of who Elijah’s God was, but He wasn’t her God. Elijah tells her not to be afraid. He tells her to go home and use what she had to make bread for him, her and her son. He then tells her that her flour and oil will not dry up until God sent rain on the land.

[Tweet “You can trust God to supply your need”]

Okay, let’s think about this one. There is only one meal left for you and your son. You are a widow which means you among the poorest of the community. A man comes to your door and tells you to make some bread for him too and if you did your flour and oil would not run out. What would you do? If that was your only option, I imagine you would do it. It would be hard to give to someone else knowing that it may endanger your child to do it. But she did it. She gave all she had just like the lad in the feeding of the 5,000. He offered what he had, and there was more than enough that day.

BEING CONFIDENT IN THE WAIT

Perhaps this finds you in a place of waiting for God to provide for you and your family. I can empathize with you. I read Hebrews 10:35-36 this morning. It says to be confident, to persevere and do the will of God. Then we will receive what He has promised. God is not late. He may not be early, but He is never late. He could be attempting to provide for you from a very unlikely source. Are you open to His provision?

[Tweet “Are you open to God’s provision? It often comes from unlikely sources-@MetcalfKim“]

I had prayed for a need in my life last year. Three of my friends at work put their money together in a card for me and gave it to me the day before my surgery. My need had nothing to do with the surgery but it was almost exactly what I had asked for. My first inclination was not to accept it because of my pride and also because I know that they don’t live in a place of abundance. They had been prompted by God and moved sacrificially to obey Him. The same situation happened to us, but we were on the opposite end at Christmas. God will provide. He is not often clear when or how but rest assured that He will. It may just be from a place you never anticipated!

How have you seen God’s provision show up for you in unlikely ways? In what ways has God used you as a source of provision of others? Kim A. Metcalf is a wife, mother, daughter and friend. She has been married to her husband Barry for 18 years  and they have two children. She trusted Christ as her personal Savior in October of 1998. God recently called her to leave her job and follow Him. I have a new blog and am watching God grow it by leaps and bounds. She is a breast cancer survivor. She has a heart is to help people truly experience the love of Christ. She found  that she had built up so many barriers around her heart to keep her from getting hurt again. She could not receive the love that was being poured out into her. She believes so many of us live defeated lives because we have not accepted the fullness of His love. She so excited to follow God and look forward to what He wants to reveal to us on this journey!  Connect with her online at  kimametcalf.com  | Twitter  | Instagram