Allowing yourself to be cared for by your fellow believer is one of the most courageous and Biblical things you can possibly do.

Yet this culture will not teach us this. We are taught to be completely self-reliant. And culture influences Christ’s body to conform to it.

There was a period of time where I had just moved to a new state and was without a car. This did not last very long, but for the length of time that it did, it was a struggle. My fiancé, being the selfless person he is, toted me around to work and the like, all with a life and job of his own. This was a burden for me to ask of him. Whenever I could, I would ask other people for rides if it was convenient and on the way. On the way home one day with my friend, I was sharing how difficult it was for me to have her drive me down the street, even though her house was literally down the street from mine.

She proceeded to tell me about an experience she had in Europe. Most people do not have their own cars and rely on getting rides from others to get around. Though neither of us would be 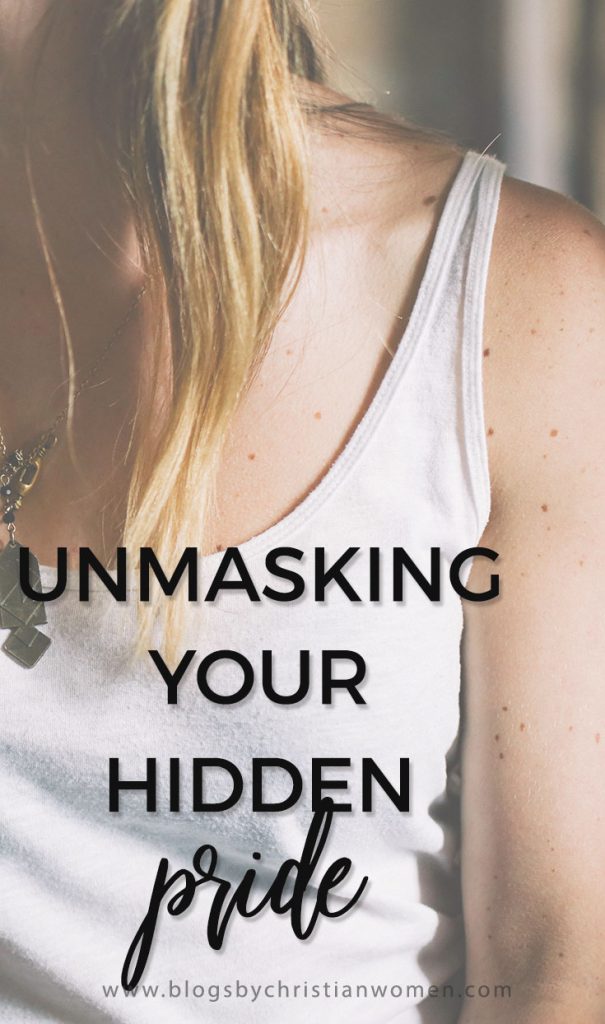 comfortable with adopting this as a lifestyle, it speaks volumes about who we are as a culture. We are taught to be self-sustaining, to not bother others, to be one step ahead of the game. But the lessons I learned about accepting help were profound during that time, as well as the number of times I was told that it was a BLESSING for others to care for my need.

The early church thrived because they shared all they had with each other.

All the believers were one in heart and mind. No one claimed that any of their possessions was their own, but they shared everything they had.
Acts 4:32

It says we can do this alone.

Pride says His goodness is too good to possibly be true (and though it is too good, it is SO true).

It says there is a loophole somewhere or invisible strings attached.

Pride says we aren’t good enough to receive, and it likes to disguise itself as humility.

But pride is wrong. Pride is fully flesh. It’s the most bitter of seeds in all humans.

Acknowledge pride. Call it out by its name. Allow yourself to be loved, to be cared for, to receive.

Recognize what laying down your pride looks like for you. Uncover what it is disguising itself as. There is a whole world on the other side of it. Open yourself up to community. The enemy hates it. It’s a slap in his face. Yet it is God’s best for us to simply receive. He’s all about gifting His children if only we would lay down our nothings for His overflowing, our not enoughs for His more than enoughs.

I am learning how to receive. And learning is the most painful process. But what a gift to trade in our brokenness for His completeness! His best for the areas we have need in.

Ana is a freelance writer and English Major who loves Jesus, reading, meeting with people in coffee shops, taking photos on her iPhone and obsessively editing them, and writing her heart out. She was born and raised in Miami, FL and currently lives in Largo, FL with her Husband, Malik.

How to Protect Your Marriage against Internet Infidelity
But if Not, Three Powerful Faith Words