Is God really at work in our daily lives? How can we be sure?

I was lucky enough to be taught to believe that God is at work in our lives, and in the world around us, on a daily basis. But I cannot count the number of times that I have been cautioned by fellow Christians for putting too much emphasis on whether the things that I experienced were influenced directly by God.

For instance, I recently helped to organize a coat drive for children in my neighborhood. It was my first time leading a project like this, and I was blown away by its success. I got to see my family and my church family come together and amazingly bless these children. But I’m not going to kid myself and say that the real person who was in charge was me. It was God working through me, through everyone, to meet these needs.

I can hear the arguments now. I’ve listened to them many times.

[Tweet “You may not see the fingerprints of God in your life today, but in hindsight, His plans can become easier to see.”]

A couple of years ago, when my husband was still my fiance, we started looking for houses in his hometown. My husband had waited to buy a house for years. He was hit-the-ground-running eager. I was less prepared but no less enthusiastic.

Pretty soon, I was spending 22 hours of my days thinking or talking our house. A little obsessive considering it wasn’t the most important life change I was about to experience. But that’s another story.

We decided on a house the first day we started looking. Things were moving fast, almost too fast for me. My fiance had to handle everything because I lived three hours away. I was only able to see the house once before moving into it – something that bothered me immensely at the time. But I knew that we needed a house. Not want. Need.

When wants become needs, we need to take stock of our priorities.

Well…it didn’t work out. The closing period was delayed because of tax problems. And in the middle of the delay, my fiance was let go from his job. Thank the Lord we had enough time to get out of the contract on the house without losing too much money, but we were in a precarious situation considering that we were just months away from getting married.

We were in for a frustrating time, but by the time our wedding date rolled around, my fiance had a new job and a new apartment. It wasn’t the town that we had planned to live in, but we were together. We had a roof over our heads, but it wasn’t a house. It was a lower paying job without benefits, but it was a job.

At the time, I allowed my mind to rest in the fact that we were together and safe. I told myself that we could only benefit from having to undergo such stress early in our relationship. But I still felt restless.

I wanted to know why all this had happened…if there was a reason.

The pieces began to fall into place a few months later when we visited my husband’s old coworkers. He had been the first one to be laid off, but he wasn’t the last by far.

That information sent my head into a dizzy tailspin. I kept going over the facts again and again in my mind. If my fiance hadn’t gotten laid off when he was,

if we had finished the contract period and bought the house,

the Lord would still have helped us get through it fine, but it would have been even more of a challenge.

There is no stronger bond in a Christian marriage than when you both turn to each other and say, “God has been at work in our house, and He is awesome!”

As soon as we got back to the car, tears started to spill down my face. I watched my husband from the corner of my eye, waiting for him to notice and ask me, “What’s wrong now?”

The minutes ticked by slowly. Finally, he looked over at me and simply asked, “What?”

“Husband, did you…were you listening when they were talking about the layoffs?”

“Yes. I know what you’re thinking. The same thing has gone through my mind.”

“Oh?” I gripped the seat, expectantly waiting for what he might say next. I was usually the first one to bring it up, the only one who wanted to talk about it – but not that day.

God’s fingerprints are all over this.

The silence that stretched between after we spoke this truth out loud was having with meaning. I had never felt closer to my husband. We didn’t have to wonder about the details or the whys of what had happened or what was going to happen next. God was actively at work in our lives. We could see it, feel it. It was a breathtaking reminder of His power and His love.

When someone says that you cannot possibly see God at work in your life right now, what do you say?

I understand the trouble that “just wondering” can cause. I don’t have a problem with the argument that we shouldn’t waste our time worrying if everything that happens to us was ordained by God or if we remembered to be thankful or penitent enough recently. However, I do have a problem with being asked why I wanted to thank God for something that may or may not have been his doing.

I have been chastised for putting deeds in God’s hands that just don’t belong there, for spending time praising God for the little things and choosing to ignore the more likely reasons for my blessings, for being too prideful to think that spiritual beings would be involved in my life when I am a sinful human. And my answer to those people is, “No. Just…no. That’s not how this works.”

When is it right to praise God? Trick question. The answer is: Always!

I’m talking about praising the One who created the whole world and everything in it – created us, loves us, is actively involved in our lives whether we realize it at the time or not. God is deserving of all our praise and gratitude. Let’s play a little game of Would You Rather:

I know the answers I would give. What about you? 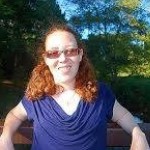 Melody Quinn is a recently married ex-English major who lives in Fort Worth, Texas. She celebrated her second year wedding anniversary with fellow book nerd Kevin on April 9th, 2018. She graduated from SFASU with a degree in English and Technical Writing and is currently working as an associate editor for TouchPoint Press. Melody is a member of North Baptist Church in Fort Worth. In her free time, she enjoys spending hours reading and writing, trying out new recipes in her kitchen, and playing with her baby guinea pig, Gwen.

Was Jesus a Feminist
What if You Assumed All Wrong