For 6 years, I struggled with a sexual addiction. I struggled with it even during my marriage. In 2013, I met my husband. At this point, I had been struggling with a sexual addiction for 4 years. It was a daily battle. Before I met my husband, I had always told myself whoever I was dating was going to know what they were getting into. It was my defense mechanism so I wouldn’t get hurt.

It was a December night in 2013 when I felt this nudging to tell my now husband about my struggles. I was shaking as I told him. I was sure he was going to run. We had only been dating for a few days. I didn’t want to become too attached and have my heart broken. However, I was already falling for him. I looked at the floor as I confessed my struggles. When I looked up, his eyes shined with compassion as he pulled me into the biggest hug. He then confessed some of his own struggles. We were able to experience God’s grace in a way neither one have ever experienced before.

I drove home that night in awe of how God brought us together. I felt safe for the first time.  During our dating relationship, we were very careful in talking about our struggles with each other. That changed when we got married. As we both continued to struggle, we were able to experience God’s grace in a way neither one have ever experienced before.

How you deal with sexual addiction in marriage?

My husband and I both struggled with pornography addiction during our marriage. It was a chain that kept us imprisoned in the world of sexual addiction. I always thought that once I got married that I would be free from the world of pornography. Through our struggles, we were able to help point each other to Christ and learn the true meaning of forgiveness.

1: Confess and talk it out

There were many times that I was afraid to go to my husband with my struggle. Sometimes it would take a day or even a week. I would go to him and tell him I screwed up and each time he would hug me and say those magical words, “I forgive you.” Then we would talk it out. We would talk about what do we think our triggers were that brought on the temptation. The act of talking it out is freeing. It releases the secrecy of the sin. Sin thrives in secrecy. The more it hides, the stronger hold it has.

Following each time of talking it out, we would encourage each other to pray. We sat there and poured our hearts out to God. We prayed for forgiveness and prayed for each other. Just the fact that knowing the other person is there praying for you is encouraging. Pointing each other back to God not only brings you closer to God but strengthens your marriage.

3: Forgive each other and yourself

The moment you go to God asking for forgiveness, you are forgiven. God is not up there preparing some kind of punishment. It is done and forgotten. He has cast our sins as far as the east is to the west. Can you measure that? No, and that is exactly the point. Don’t try to punish yourself because you think you deserve punishment. Just as God has forgiven your partner, forgive your partner. Marriage has the ability to show an example of God’s grace.

[Tweet “Discover tips for dealing with #sexaddiction in marriage”]

Tips for Lifting Each Other Up 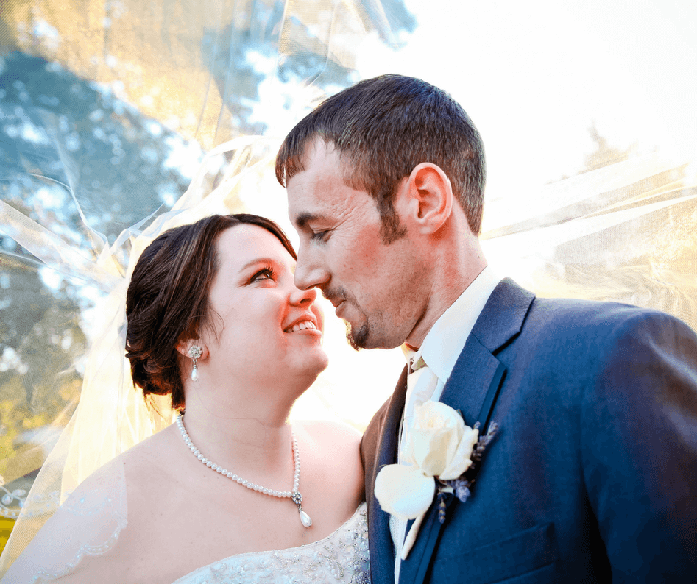 There are a few things in our marriage that have really helped us in our struggle with pornography. When I’ve had a day where I’ve been tempted a lot, I find it relieving to talk it out with my husband. I simply tell him I was feeling really tempted that day. In those moments, we encourage each other. It’s nice to know that someone is there on your side.

Pray for each other

Prayer is key! Pray for your spouse. Not just in the moments of confession, but throughout the day. Pray God’s strength and protection over them. It’s so encouraging to know that someone is on your side praying you through some of your hardest moments.

Spend Time With the Lord Together

Sexual addiction is hard. Any addiction is hard. Its chains can be suffocating. Sometimes the most difficult thing is to spend time with God when you feel so dirty and unworthy. However, God is not waiting for you to fix yourself and then come to Him. God wants to meet you in your mess. Sometimes it can be hard to open your Bible. Try something else. Start small. Try a short devotional. One that I would suggest would be “Jesus Calling” by Sarah Young. The devotionals are short but powerful. They are for both men and women. Build your way up to the Bible.

[Tweet “God is not waiting for you to fix yourself and then come to Him. He wants to meet you in your mess”]

Remember the longer you say no to temptation, the harder saying yes to temptation will become. Remember you are loved by a great and mighty God whose Grace is overflowing and never ending.

Your clicks and purchases help support BCW at no additional cost to you. Read our full disclosure page.

Did you enjoy this post or know someone else who may be encouraged by it, spread the encouragement by sharing on your favorite social media platform and leaving a comment.